The last weekend of March is chock-full of food events, starting with…

Saturday, March 25th – Simply diVine:  This annual event benefits the Los Angeles LGBT Center, and has some of the most popular restaurants in town, including Border Grill, Craft, Jar, Kismet/Madcapra, Milo + Olive, Petrossian, Sotto, Tavern, and more!  Tickets are $500 for VIP, which includes an hour early entry and exclusive chef meet-and-greets, or $125 for GA.

Sunday, March 26th – LA Weekly The Essentials:  The premier food event for the alt-weekly newspaper, in addition to hosting more than half of the Essential 99 restaurants–Baroo, Guerrilla Tacos, Jitlada, Love & Salt, n/naka, RiceBar, to name a few–this year the event introduces the Freshman 15, restaurants too new to include on the 99.  The inaugural group of newbies include 71above, Erven, Gwen, Holbox, Kato, Salazar, and more!  Tickets are $100 for VIP, which is the only way to check out the Freshman 15 showcase, or $65 for GA.

Upcoming events in April include the FounderMade Food Summit on the 8th, LA Weekly’s Burgers and Beer on the 29th, and St. John’s Well Child & Family Center’s Movable Feast on the 30th.  Did I miss any events  in April or for the rest of March?

20. March 2017 by The Offalo
Categories: Events and Festivals | Leave a comment

Last month, Los Angeles Magazine held its second annual Whiskey Festival at the La Brea Tar Pits and Museum.  Many of the same spirits were back, including my favorite Bruichladdich with their Octomore line of well-peated scotches.  But got to try some great stuff from Four Roses, Highland Park, Kikori, and Macallan.

Of course, you had to have some food to help space out all those high proof drinks.  Finger foods were passed around, charcuterie and cheese were available, and the mashed potato bar was back!  Also back were the cigars, hand-rolled while you waited.  Very old-school cool!

I joke with friends that having so much booze in between all those prehistoric fossils could be recipe for disaster, but like last year, the event went off without a hitch.  If you love whisk(e)ys, scotches, bourbons, or ryes, and didn’t attend last year or this year, set yourself a reminder for next year!

09. March 2017 by The Offalo
Categories: Events and Festivals | Leave a comment 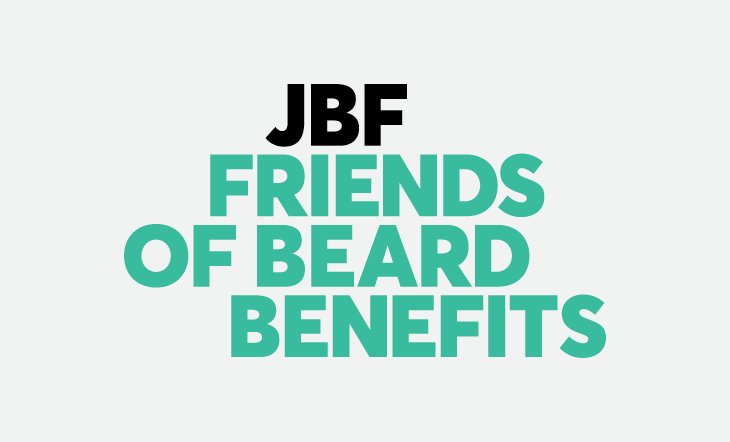 Last month, Los Angeles Magazine held it’s annual Best New Restaurants Celebration at the A+D Architecture and Design Museum in the Arts District.  The event is known for its tight line-up of new restaurants that opened in 2016, plus a few slightly less shiny but no less delicious participants like The Bellwether and Manhattan Beach Post:

Even though nearly all of the restaurants were new, the chefs behind them have all made their name in L.A.  Howlin’ Ray’s chef/owner Johnny Zone and wife/partner Amanda Chapman and their crew were on-hand, frying up wings fresh and lacquering them with their spicy cayenne seasoning!  Alvin Cailan of Eggslut and Unit 120 used his booth to showcase a new venture by former CUT chef Ken Concepcion called Now Serving.

Speaking of Alvin, he and the Badmaash bros. Arjun and Nakul Mahendro were on hand recording their Super Amazing Restaurant Show podcast, interviewing chefs and attendees, and generally having a great time, as they always do!

For such a small line-up, not even a dozen restaurants, the food was delicious!  As mentioned in the caption above, Howlin’ Ray’s line was longest and they served right up to the end.  Wolf’s pun-tastic “Let the Beet Drop” had a great little liquid nitrogen gag, while 71 Above kept it classy with an amazing octopus dish.

But my favorite dish of the night was Here’s Looking At You’s soft-shell prawn!  You just pop the whole thing in your mouth and crunch it up!  So good!

@hereslookingatyoula's Soft Shell Prawn, sauce diabla, avocado, rau ram. This picture doesn't do the dish justice–it was my favorite of the night! I had at least 3 there, and I still wanted more at the end! Fortunately, they come six to an order at the restaurant. @jonathanwhitener @lientigre #softshellprawn #prawn #shrimp #avocado #hereslookingatyoula — For @lamag @lamagfood #bestnewrestaurants celebration. #foodevent #foodfestival #lamag #lamagfood #artsdistrict #losangeles #theoffalo #offalolamagbestnew

LA Mag’s Best New Restaurant Celebration is a great way to kick off the year and get me back in the swing of food-eventing!  Great job everyone involved!

03. February 2017 by The Offalo
Categories: Events and Festivals | 1 comment

Sorry folks for being MIA recently–just lots of stuff going on IRL.  Will be posting some recaps of events that I went to last month as well as a few restaurant reports, so look for that.  But first, here are two food events and festivals on my radar, one for each of the first two months of 2017!

Wednesday, January 18th – Best New Restaurants 2017 Celebration:  Los Angeles Magazine’s annual shindig celebrating their, you guessed it, Top 10 Best New Restaurants of 2016.  The line-up is interesting… Whereas last year’s event had I think all restaurants that opened roughly in 2015, this year we have at least one classic spot, like chef David Lefevre’s MB Post, and a repeater, The Bellwether.  But there are plenty of legit new restaurants participating, including 71 Above, Erven, Here’s Looking at You, and Howlin’ Ray’s!  Tickets are $75 + fee. 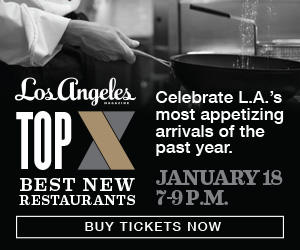 Saturday & Sunday, February 18-19 – LA Cookie Con and Sweets Show 2017:  If you’re not careful, you can overdo the sugar at this event quite easily, but if you pace yourself and take advantage of the various talks and demos, you can have a blast without the crash at the end.  Rosanna Pansino of Nerdy Nummies and Duff Goldman of Charm City Cakes will be on hand, and there will be plenty of samples and a couple of contests too!  Tickets start at $25 for a one-day pass to $55 for VIP, with child admissions at a discount and weekend passes available too.

As always, if I’ve missed any events happening this month or next, please let me know!

13. January 2017 by The Offalo
Categories: Events and Festivals | Leave a comment